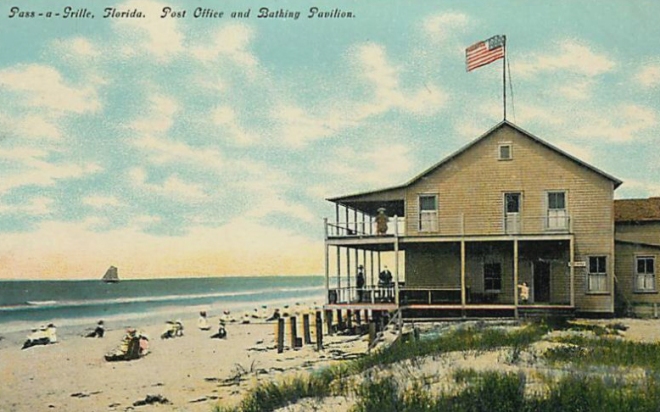 Pass-A-Grille is the oldest beach community on Florida’s west coast. Believed to be named for 18th-century “grilleurs” who dried fish on its white sands, it is one of 11 towns strung along the barrier islands outside Tampa Bay. Pass-a-Grille is designated and protected as an historic neighborhood, 31 blocks long by one block wide, with bungalows like vintage postcards, decked with tropical flowers and shaded by palm trees. On one side, Boca Ciega Bay, on the other, the Gulf of Mexico, just 200 yards apart. Visitors have included F. Scott and Zelda Fitzgerald and Joe DiMaggio. Banyan Tree Cottage belonged to President Harding’s mistress, Carrie Phillips, and actress Norma Talmadge lived at 1805 Pass-A-Grille Way.