The Armory in Golden, Colorado, was built in 1913 by the National Guard for its Co. A of Engineers. The Armory’s original tenants also included Golden’s Post Office, in a lower-level storefront. Oddly, a postcard that mentions the post office (above) does not show it, but another that is titled simply “Armory” (below) does show the office; you can see the Post Office shingle at the lower, left-hand side of the card.

The Armory was designed by James H. Gow and was originally to be made of brick. However, cost-cutting measures prompted a switch to a free local resource, cobblestone. Thousands of wagon-loads, weighing 6,600 tons in all, were brought from nearby Clear Creek to the site. The lower walls were built several feet thick, in order to shoulder the massive load above them. In 1940, the Post Office moved out of the Armory, but its walk-in safe is reportedly still inside the building.

In the cards above and below, note the spittoons on the floor. 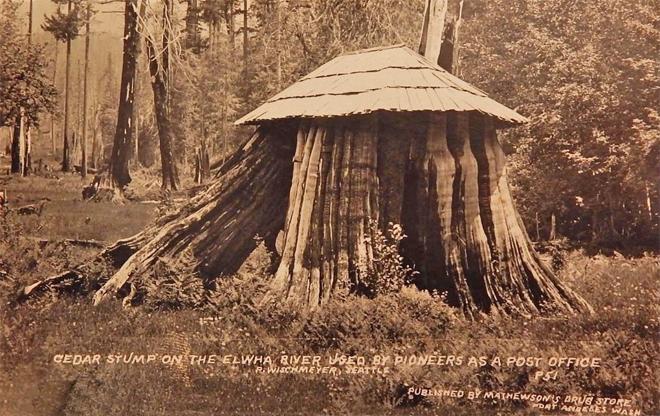 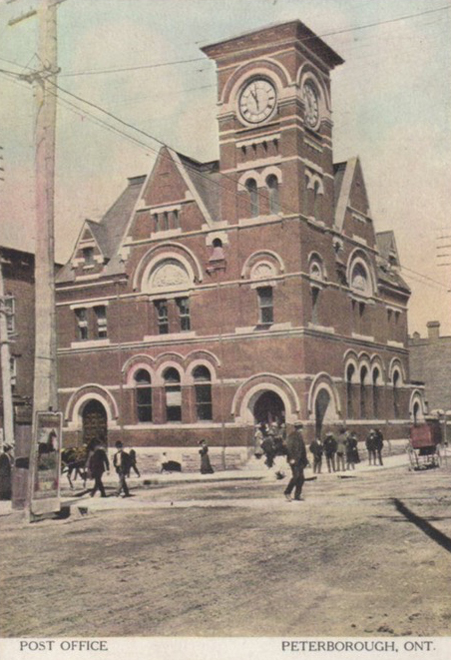